Olivia's First Trip to the Zoo

Today we went to the Henry Doorly Zoo and had the best day I can remember.  The Henry Doorly is such an amazing zoo.  If you are ever in the Omaha area you have got to check it out!
It was Olivia's first time and we weren't really sure what to expect from her.  She actually was a lot more into it than we thought she would be - pointing at animals and fish, jabbering away, climbing on statues.  The weather was cool and windy but nice and sunny.  The first thing we did was take pictures on the lion pride statues.  This is pretty much mandatory for a trip to the zoo - everybody does it - and it's so neat that you're actually allowed to.  We let Olivia crawl around for a bit since she had gotten a little stir crazy on the ride over.  She showed no fear whatsoever and charged all over the place, giving her charming smile to anyone who would stop and talk to her.
We met up with a bunch of Glenn's family and some friends after we  took our lion pictures.  We started out in the Wild Kingdom Pavilion, checking out a lot of little displays.  Then we had a picnic lunch. We then went to the aquarium and saw the penguins and lots of kinds of fish and water creatures.  This was by far Olivia's favorite.  It probably had something to do with the fact that she was able to get out of the stroller and get up close and personal with the displays.
After that we headed to the Desert Dome and Kingdoms of the Night.  Olivia seemed to like the Desert Dome but I don't think she was loving the darkness of the Kingdoms of the Night.  We found that Olivia did best when we kept moving so we didn't linger long in any one place.  We spent some time in the Rain Forest as well.  The humidity in there did a number on my hair and Olivia's was starting to curl more as well which was funny.  Olivia was starting to get really tired - by then it was past her usual naptime - so we headed back into the Pavilion for a little while to let her crawl around for a bit before we had to put her back in her carseat.  We did a quick pass through the gift shop on our way out and got Olivia a little stuffed lion, which she fell asleep with soon after we got in the car.
I got to make a quick run into Trader Joe's while Glenn stayed with the sleeping Olivia in the car.  She woke up when I got back in but seemed to be in a pretty good mood considering she napped less than 30 minutes.  After that Glenn dropped me off at the Carter's store at the outdoor mall and he and Olivia played outside and went to Scheels.  We loaded back up and hit the Culver's in Lincoln on our way home.  Olivia got to try frozen custard and it took her a bit to get used to the coldness of it, but quickly became a fan.  She then passed out halfway home and slept until I took her out of her carseat.
All in all it was a wonderful day.  We all had fun, the weather was great, I got in the shopping I needed to do, and we managed to head off any major meltdowns.  We didn't get to see even half of the amazing things at the zoo, but we bought a family year pass so we'll be able to go back again and again.  In fact, I think I'm planning to have Olivia's birthday party there - Turning 2 at the Zoo!

I don't want to overwhelm blogger by posting the zillion awesome pictures we got today so I'll try to pick our favorites. 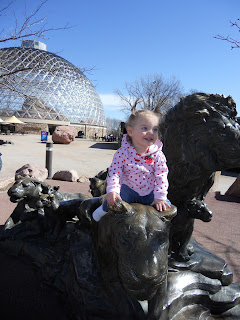 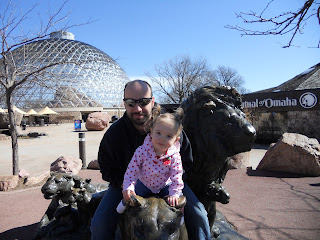 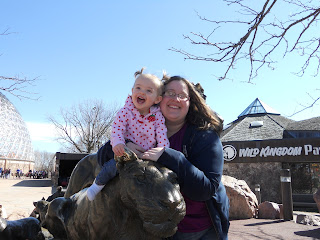 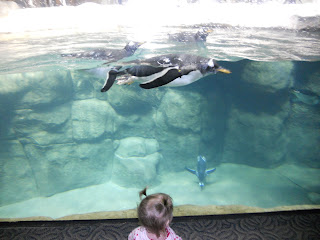 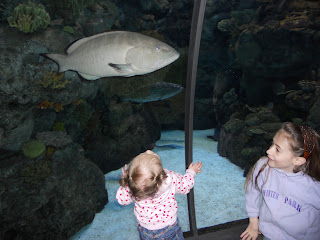 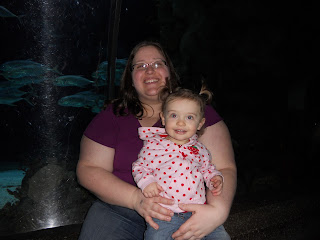 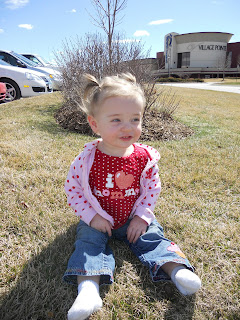 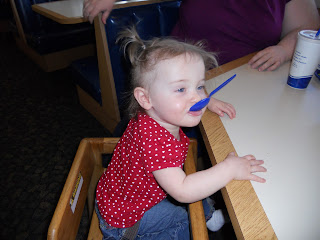